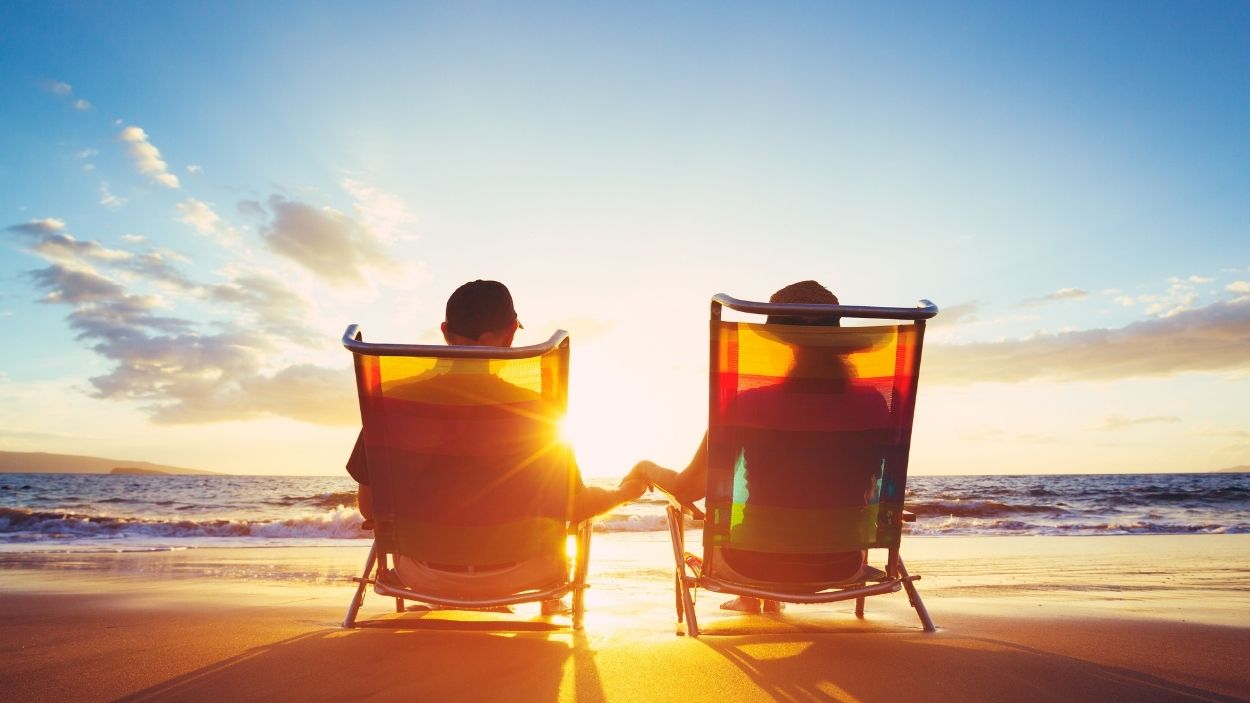 The literal meaning of the FIRE(Financial Independence Retire Early movement) is “early retirement,”. But it has a much deeper meaning when you look into the ideas behind it. You probably think of someone in their 60s or 70s when you hear the word “retirement.” Most people start thinking about retirement at this age, but those who aim for FIRE try to retire much earlier, usually in their 40s.

Its real goal isn’t retirement in and of itself. Its goal is to live a meaningful life with the freedom that comes with being financially independent. FIRE(Financial Independence Retire Early ) people think carefully about their money in almost every decision they make. Sometimes they make decisions based on money alone. But when they become financially independent, they are no longer limited by how much they earn or saved.

The math behind FIRE is simple: spend less than you earn and put the difference in low-fee investments like index funds. You could also put your money in a robo-advisor with low (or no) fees. Other investments, such as rental properties and other ways to make money without doing anything, are also a big part of becoming financially independent. And so is being cheap. The less money you need to live, the less you need to save for the rest of your life.

FIRE is made up of three main parts: Time, Expenses, and Income.

The goal is to have more money than what you spend. How long it takes you to retire is based on how much space you make. Even though the rules may seem simple, getting to FIRE requires the same ideas as getting to any other financial goal, and it all comes down to dedication in the end. It’s less about being cheap and more about being smart with your money, though there will be some cheapness involved.

The first step is to figure out “why” you want to do it. Do you want to stop working at your current job so that you can start your own business? Or is it that you want more vacation time than two weeks per year? Or maybe you just want to hang out with friends and family more. You can get the FIRE wheels moving by figuring out the “why” and making a plan for the next 5, 10, or even 20 years. After that is done, you need to keep track of your expenses. Many people find this hard to do, but if you want to reach FIRE, it takes a lot more discipline. FIRE fans always check their bank statements, credit card statements, and online budgets to see where their money is going and if what they are buying is meaningful or necessary.

After starting to track, FIRE followers figure out how much their lifestyle costs per year and look for things they might be able to cut out to lower that number. They then work on increasing their rate of savings. Those are the hardest parts of the journey. The rest is just waiting for the money to add up and hopefully grow.

Once you’ve gotten a handle on your spending. It is time to compare your net income. Followers of FIRE take their income and subtract their fixed expenses that they have to pay every month. They then adjust their optional expenses as needed.

From there, the rest of FIRE is just math and physics. When it comes to cutting costs, a lot of FIRE retirees use the same set of strategies. Some of these are buying used cars, cutting the cable cord (which is becoming more common anyway), using credit card rewards to help pay for travel, and buying less food.

As with any other financial goal, math is easy, but the rest takes creativity, hard work, and patience. How quickly a FIRE retiree-to-be gets to their goal depends on their income, how much they spend, and how much time they have. And maybe some luck!

Advantages and disadvantages of FIRE

FIRE retirement movement is very beneficial. Financial security is something that too few people have, but in theory, anyone can get there by following the FIRE principles and showing a lot of resourcefulness, diligence, and patience.

Aside from that, though, there isn’t a whole lot that sets FIRE enthusiasts apart from the average full-time worker. The main difference is what FIRE-ees plan to do for work and who they plan to work for. When they reach financial independence, most FIRE-ees start their own careers, either by consulting, managing properties, or making money off of a hobby they enjoy. Most of the FIRE retirees above have done at least one of these things. In fact, the trend is so strong that one member of the movement tried to change the “RE” in FIRE to “Recreational Employment.”

Even though FIRE-ees leave the security of a full-time job, they usually move on to something else. Money is just a tool that people use to get to the next step in their lives.

The FIRE lifestyle is good for a certain group of people because of how easy it is to get into, or how hard it is to get into. Followers of FIRE are usually men who work in the tech industry. They are left-brained engineers who love to use a retirement calculator or compare the return on investment (ROI) of low-fee index funds to real estate rentals. If you work for minimum wage or have a lot of student loan debt, it’s hard to retire at 40. So, FIRE isn’t as much for the “everyman” as it is for people who already have a good life.

How to start saving for retirement

Stock Market VS Commodity Market: Who Is Better?
August 8, 2022