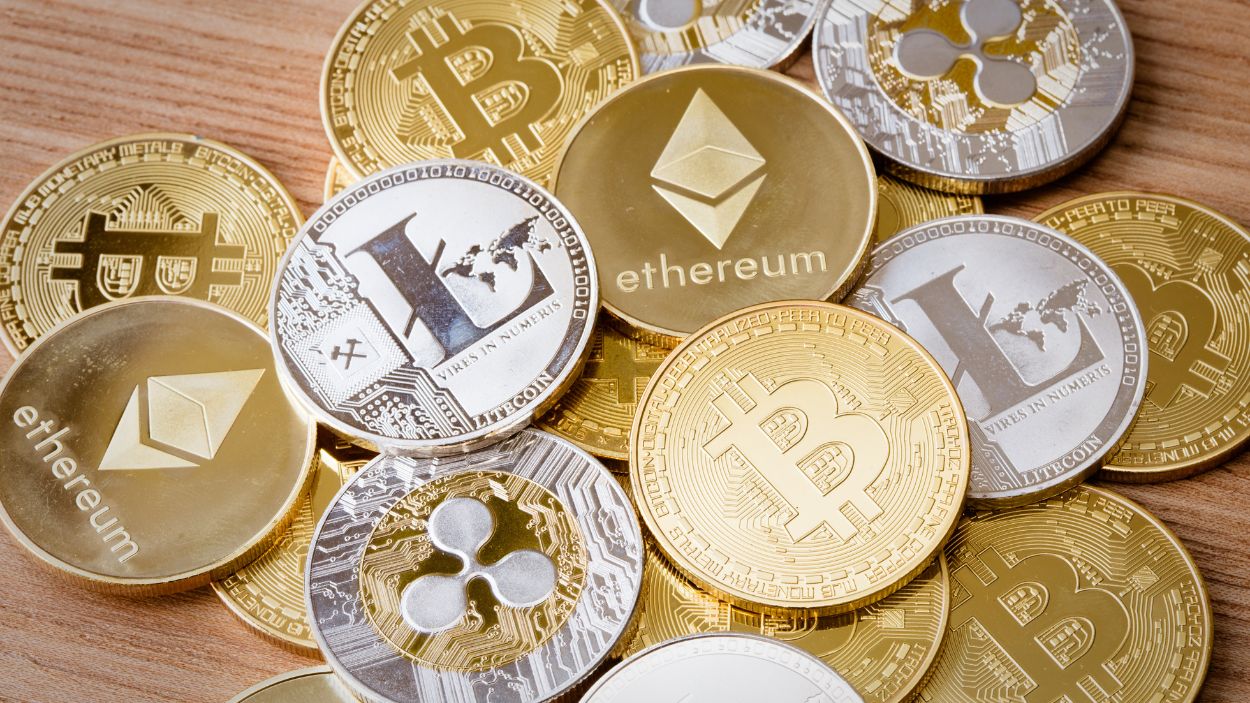 What is Cryptocurrency ? : Cryptocurrency is a volatile investment. People can become billionaires overnight, or you can lose a lot of money very quickly.

Major questions about cryptocurrencies are:

Let’s start simple: Bitcoin is a type of cryptocurrency. Like all other cryptocurrencies, it is based on blockchain, which is a public, decentralized ledger. This is a large database that keeps track of transactions. It is kept up by everyone who uses the network. It can’t be changed, and all of the transactions that are recorded on it can be seen by anyone.

How cryptocurrency got started

With over 70% of the market cap, Bitcoin, the most well-known cryptocurrency. Its history is not clear: Satoshi Nakamoto is thought to have made it. In 2008, he put out a whitepaper, which is an academic paper that explains what the bitcoin is for. Nakamoto envisioned a system for a virtual peer-to-peer cash system that was completely decentralized and self-sustaining and couldn’t be regulated by central banks because there was no one running it. Its ledger isn’t kept by a company, but by a network of so-called “miners.”

These are other users on the network who use their computers to solve complicated math problems that confirm that transactions on the network are legitimate. But after the whitepaper came out, Nakomoto, who still has Bitcoin worth hundreds of millions of dollars, was nowhere to be found. Many people have said they are him or know him, but no one knows for sure who he is.

Even though Nakamoto is unknown, his legacy is very important. Bitcoins used to be worth just a few cents, but at the end of 2017, their price skyrocketed to almost $20,000 for a single Bitcoin. Then, in January 2018, the price dropped quickly. Whoever bought Bitcoins early on became very wealthy.

The ultra-alpha Winklevoss Twins, who sued Mark Zuckerberg for stealing the idea for Facebook, decided one day to buy almost 1% of all Bitcoins. They took a big risk, but it paid off because they are now worth billions. Not everyone was as lucky.

In 2013, a man bought a single Papa John’s pizza with 10,000 Bitcoins, which were worth $30 at the time. Even with the two-for-one deal, at today’s prices, that would be the most expensive pizza on Papa John’s menu.

What is mining in cryptocurrency?

You can’t have used cryptocurrency, if you haven’t heard of mining. Mining cryptocurrency is how blockchain’s ledgers are kept up to date.

You guessed it: a blockchain is made up of chains of blocks. Every day, transactions worth billions of dollars happen on the Bitcoin, Litecoin, Zcash, Ethereum, and other networks. Every ten minutes or so, these transactions are grouped together into “blocks” and added to a “chain” of blocks that goes all the way back to the “Genesis Block.”

People who run complicated software, called “miners,” compete to verify the transactions in these blocks by solving difficult algorithmic puzzles. This makes the blockchain very safe because miners have to agree on the transactions on a block for it to be recorded as valid. This keeps bad people from changing the numbers.

Solving these puzzles takes a lot of computer power and electricity. Trying to trick the network by running thousands of miners would cost more than it would be worth. This is why the formula for mining Bitcoin is called “proof of work”. The miners’ honesty is shown by how much electricity they are willing to pay for.

When a block is verified, new coins are created as a “reward” that the miners get to keep. The more people who mine for Bitcoin, the more computer power is needed to do it. Today’s computers are very powerful, and many are made just for that purpose.

What is the cryptocurrency market?

Most people have heard of Bitcoin, but it’s just one of many coins that can be bought and sold. There are 2,400 coins listed on CoinMarketCap, which shows all the coins that are being traded right now. Part of the reason for this is that it’s easy to make a coin and there aren’t many rules. But don’t put too much stock in that number: At the moment, only 900 coins trade for more than $1 million a day.

Bitcoin is by far the most valuable cryptocurrency. The next best is Ethereum and then XRP. But if you look at the number of daily trades, things are very different. The most traded coin was not Bitcoin, but Tether, which is tied to the US dollar.

What should you do with crypto?

First, cryptocurrencies can be used to buy things. Because cryptocurrencies are anonymous, they are often used on illegal ‘dark web’ markets where people can trade them for things like drugs or weapons. But in the last few years, the blockchain industry has become a lot more legitimate. More and more stores are accepting cryptocurrency. You can spend cryptocurrency at Overstock, Microsoft, and Newegg. And WooCommerce, which handles payments for about 30% of online stores, just added a plug-in that lets you pay with cryptocurrency. Some companies even pay their employees in cryptocurrency.

On the market, you can buy and sell cryptocurrencies. Most trading is done on exchanges, and Binance or Coinbase are safe bets. Making an account is about as easy as making a PayPal account. Most will accept transfers of cryptocurrencies, but if you want to buy with fiat currencies, you’ll have to use a credit card or wire transfer. After that, the website you chose might ask you to prove who you are by showing a passport or driver’s licence. After that, you’re free to use the cryptocurrency exchange at your own risk, sink or swim. Don’t let pundits confuse you: If you want to stay safe, you should pay attention to the market as a whole and put your money in the bigger, more stable networks.

The pros and cons of investing in crypto

One of the benefits of cryptocurrency is how easy it is to get into the market. You can also buy and sell online and trade without anyone knowing who you are. The value of cryptocurrencies can go through the roof, and if you trade at the right time, you could become as rich as one of the Winklevoss Twins. But that’s probably just a wishful thought. There are a lot of losers in crypto for every big winner.

Cryptocurrencies are very unstable, and because the market is based on speculation, it’s hard to know what will happen. Most cryptocurrencies are not backed by fiat currencies, and many so-called “stablecoins” that claim to be tied to the US dollar aren’t, because there is no standard definition of what a stablecoin is. Luna Coin was in Top10 list of crypto market cap. It just got almost zero in one night. Ukraine-Russia war brings btc more than 50% in few months.

At the moment, there aren’t many rules about the cryptocurrency market, and it’s still finding its feet. Investors can lose money when there aren’t enough rules. For example, the owner of QuadrigaCX, which was Canada’s largest currency exchange, died and took the keys to the funds with him. This left up to $190 million of investors’ money stuck in exchanges. Still, regulators are beginning to move forward. Exchanges like Binance and Coinbase work with regulators like the CFTC, the SEC, and the NYDFS to keep the market safe, and the SEC is taking cryptocurrencies seriously.

Never put more money into cryptocurrency than you can afford to lose. If you put all of your money into cryptocurrency and the market crashes, you will be sorry you did. Remember that you are part of a new technology that is still finding its feet, and be careful about how you invest. Need some more help getting started? Take steps to keep yourself safe, learn more about crypto so you know what you’re getting into, and know how to use the tools for crypto. Keep the keys to your wallet hidden, store your assets in “cold wallets” that you don’t give anyone access to, and only invest in exchanges that are backed by the government.

How To Define Your Investing Goals
June 7, 2022